While we describe on our web site several medical treatments and some of the background for Dupuytren's contracture and of Ledderhose disease, we believe it is equally important and helpful for patients to see how their fellow patients get along and  to share their experience with treatments for Dupuytren's contracture or Ledderhose disease. Some of this can be found in our forum, but seperated over many topics in a manner that makes it hard to see the whole picture.

Here are some real-life stories, not systematically collected but added as they have come in. If you yourself have a story to tell, please send it to us and it might be included on this page as well.

Experiences with Dupuytren's contracture and its therapie

A general advice from our forum user Nan:
"Until you have spent some time with this disease it is difficult to know what category of DD individual you will become. Majority of people with this disease have very little problem with it. I have seen hands with enormous nodules and protruding cords where the individual has zero difficulty doing anything. My own husband did not even know he had DD until I was diagnosed, and nodules, he assumed were calluses, were discovered. DD has had no effect on his ability to do whatever he wants with his hands.
Then there is the minority group, those who truly struggle in navigating this disease from when it begins and onward. Most likely this Forum began as a result of those people. If, however, everyone who had DD experienced pain, eventual contraction, limited hand strength, and other various symptoms this Forum would have hundreds of posts a day. It doesn’t take much hand stress for some in the minority group, like myself, to trigger another nodule, or irritate an existing one or cord.

And, of course, there are a host of those who lay somewhere between the two groups. Others have shared that this disease flares and then subsides for periods of times, or it can slowly progress hardly noticeable.

The question you have to eventually answer and discover is, "Which kind of DD person am I?" That will come from time and observation of how your hands react to various activities, not someone else’s. It seems it would always be sensible whenever diagnosed with a new disease to proceed with caution, until you know what course this disease takes in YOUR life.

Here’s hoping you are in the majority group!"

How Dupuytren's developed and is possibly linked to frozen shoulder and trauma from surgery: Anna's story

Living with Dupuytren's, how it affects piano playing, successful surgery but followed by rapid extension, not so successful NA, and some lessons learned: Daniel's story  Enjoy watching Daniel playing piano (irrespective of Dupuytren's) on Youtube. Raytones is the band. No video but better sound and more songs on soundcloud.

Jonn's story : Experience of a Canadian with NA and RT in the USA and Germany (a really global story)

Mike's_story : Travelling to Germany, first for RT and later for NA, including an encouraging update after more than 4 years.

Joe: how he learned about Dupuytren's and RT

Roger: a Canadian travels to Hamburg and gets radiotherapy

Roger: Return to Hamburg (2013; including more pics, restaurants and shops)

Roger: Another trip to Hamburg my wife develops DD/LD, together we have (2015; additional hotels and locations)

Alastair, from the UK, gives a detailed account of his RT and his trip arrangements on

Judith: Radiation therapy for Dupuytren’s Contracture in the UK

Ron's experience with NA in Florida:

"From what I'd read, Charlie Eaton (that's how he introduces himself) is the go-to guy. So my wife and I took a mini-vacation in Jupiter--arriving two days before the procedure. Among other things, like kayaking down the Loxahatchee River, we found an amazing funky seafood restaurant called Little Moir's Food Shack.

As for the procedure itself, here's my hand about one hour after Dr. Eaton finished.  You can see three little band-aids." - Comment from the Administrator: Unfortunately Dr. Eaton is not practicing anymore. He is now heading the Dupuytren Foundation. 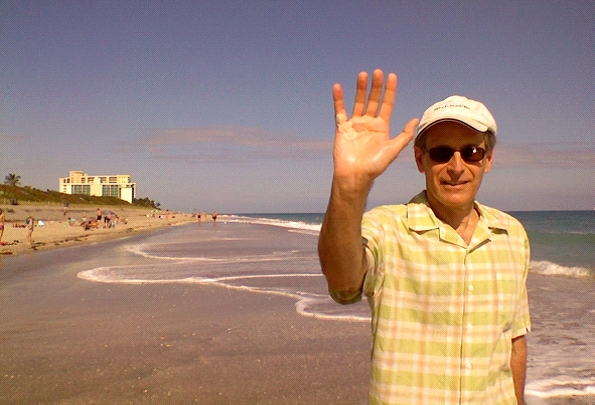 In response to a NY Times article Ron comments on his experience with NA on YouTube , also showing his hands prior and after treatment.

Richard's search for the right doctor

(experience at UCLA, including pictures of the treated little finger)

This web page includes pictures to describe the treatment's effect.

Robert's story tells how he is managing to avoid contracture by daily massaging.

Experiences with Ledderhose disease and its treatments

An Australian experience in Hamburg (radiotherapy):